Federal Reserve Bank Data Quirks and what to do about them.

Simple and Compact without the Quirks

We designed FRB_SR in a very compact form to facilitate distribution.  Like the Federal Reserve Bank, other data providers offer very segmented and limited access to the data.  FRB_SR contains every statistical release the Federal Reserve Bank publishes.  To make distribution possible, the schema is very simple with only three tables.  Seven data views provide a basic breakout and access to the statistical releases and their sub-levels.  While the FRB_SR design has performance features, the schema is a more compact data warehouse rather than a high performance database.  The initial execution of a view  will likely yield slower performance which improves significantly thereafter.  We have found this adequate for our  development and testing purposes.  If you find  performance is an issue in your data environment, we recommend extracting the data out to fully optimized data tables.  We are currently working on “expansion” scripts to do this.

When can I get clean data without the Quirks?

We publish FRB_SR version updates monthly around the fifteenth for the prior month’s data.  Federal Reserve Bank dictates the schedule. 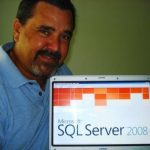